Arizona Cardinals Sit at 7-5 with Four Games to Go, but Where Are They Going?

Share All sharing options for: Arizona Cardinals Sit at 7-5 with Four Games to Go, but Where Are They Going?

From the Editor's In-box

The Arizona Cardinals have had a rough two weeks since reeling off three straight victories against the NFC West. Just 14 days ago they were sitting at 7-3, on the verge of clinching the West and eyeing a first round bye. Fast forward to today and the Cardinals are losers of two straight and still waiting to clinch the NFC West. The remaining schedule isn't terribly difficult, especially compared to other contenders in the NFC, with a pair of 7-5 opponents and a pair or 2-10 opponents. Three of the final four games are at University of Phoenix Stadium where the Cardinals have only lost three games in the past two seasons. So are these Cardinals destined to fly or 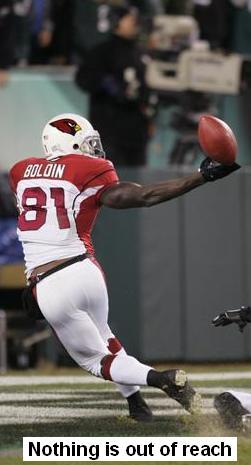 First I should say that the Arizona Cardinals are going to win the West and they'll host a first round playoff game. For most of us, that'll feel like a once in a lifetime experience because.....well it hasn't happened in our lifetime, but where do they go from there? Is a playoff berth enough?

Finishing Strong: The Cardinals remaining schedule is one of the easiest of any NFC playoff contender. Only the Packers (if they're still a contender at 5-7) have a remaining schedule with a lower winning percentage than the Cardinals. Not only do the Cardinals play two teams with four wins combined, they're one of only two teams that have three of the final four games at home (with Chicago being the other). With the remaining schedule it's still very possible that the Cardinals finish with double digit wins and the #3 seed in the NFC. In today's NFL, a strong finish in the regular season often leads to bigger things in the post season. In 2005 the Pittsburgh Steelers were 7-5 and coming off three consecutive losses before winning the final four games of the regular season and the Super Bowl. Last season the Chargers were 7-5 before winning they're final four games and two playoff games before losing in the AFC Championship game. Moral of the story: Momentum is a dangerous two-way street but if the Cardinals can get the ball rolling in their favor, they'll be a tough match-up for anyone in the NFC.

Recovering from Turkey Day: Let's face it, the Cardinals were not ready to play on Thursday. They looked like a team that started getting shot at before they got off the bus and were never able to regroup and mount any kind of unified effort. Warner was throwing passes to the wrong jerseys, receivers were dropping passes and when they weren't dropping them they were fumbling the ball once they caught it. Whether it was the three days rest after playing the best team in the league or traveling to the Eastern time zone on a short week, the Cardinals were playing like a guy stuck in quick sand. The more they struggled and fought to get  out, the further they sank. The good news though is that they'll have 10 days to rest, recover and prepare for their next game and the final four games of the season. Guys like Roderick Hood, Travis LaBoy and Clark Haggans will definitely benefit from the extra couple of days. On the 27th, the Thanksgiving Day game was a curse but there's a chance that it could turn into a blessing over the final four games of the season.

The bottom line is simple in my mind, the past two weeks have been discouraging but they haven't changed my outlook or perception of this team. Their future success or failure is still in their hands and they've got the opportunity to be better and go further than any Cardinals team in over three decades.