At his website, Antrel Rolle talks about the complete game against the Seattle Seahawks, and looks ahead to this Sunday night. 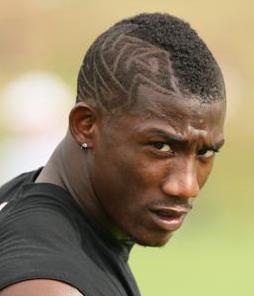 Rolle will have his hands full with Eli Manning and the Giants passing offense. As a whole they are currently 11th in the league with 254 net passing yards per game. Wide receiver Steve Smith currently sits in the top three of receiving stats, with 41 receptions, 525 yards, and 4 touchdowns on the year. The big threat is rookie wide out Hakeem Nicks, who's quietly made an impact on an already young receiving group. Nicks is average 19.6 yards per catch on the season, and has scored a touchdown in three straight games.

We have the Giants next and they pose a big challenge for us as a defense. They have a lot of weapons and a great quarterback. They are very disciplined and they don't make mistakes. They wait for you to make a mistake and then jump on you. I think their offense is more dangerous now than it was with Burress because now they have five or six guys who can kill you instead of maybe three in the past.

Their young receivers have been making big plays all year so far and they have good chemistry with Eli. He's putting the ball up and they're coming down with it most of the time. I think they understand each other's strengths and that makes them really dangerous.

The Cardinals head to New York this Sunday night, 8:20 PM ET on NBC.