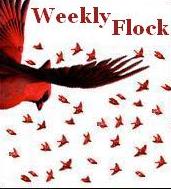 From Revenge of the Birds, Merry Christmas and happy holidays to everyone. Today's kind of hectic so to feed your Cardinals needs we'll get any Cardinal related links posted here. Tomorrow we're back in the office and will get the Five Keys to Success and Fly Around the NFC West posted then. Have a good day and hope you get everything you want.

From azcardinals, Darren Urban finds that U of P stadium was the best new stadium since 2000, even beating out the recently opened Dallas Cowboys stadium. The roof and roll-out field were what pushed it over the top.

Also from Urban, Ken Whisenhunt says that if Jermey Bridges gets hurt, then Levi Brown would move to left tackle and Brandon Keith would start at right tackle. Ben Patrick and Sean Morey will be game-time decisions after suffering from concussions also.

Urban also reports that this Sunday's game has sold out, making that 41 straight sell outs and also means they've sold out there remaining game since the Packers game is sure to be filled up.

Finally from Urban, the Cardinals made a deal with coach Whisenhunt that if they beat the Lions, they got Christmas day off. They did win, and there was no practice for them today.

Mike Sando also looks at the Cardinals gap between big plays this season and last. The Cardinals have a -19 gap they'd have to fill in the final two games - that isn't going to happen.

Ken Whisenhunt says he plans to play the starters on Sunday and will only limit those with significant injuries. Kurt Warner doesn't know if it is a good or bad thing.

Cardinals kicker Neil Rackers is expected to return week 17, but would play this week if he had it his way.

That's it for today guys. See you all tomorrow.