Kurt Warner is Negotiating a New Deal with the Arizona Cardinals

Share All sharing options for: Kurt Warner is Negotiating a New Deal with the Arizona Cardinals

While Kurt Warner was busy dancing around on the Ellen DeGeneres Show, his agent started negotiating a new contract with the Arizona Cardinals. This doesn't necessarily mean that he's made up his mind about playing this season, as Kent Somers points out, but it has to be at least a good sign. 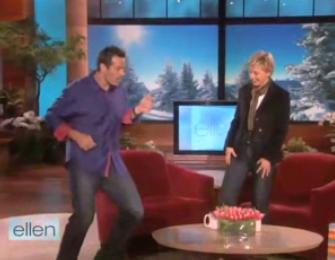 I fully expect Kurt to wait until the offensive side of the coaching staff if filled out before seriously considering signing his name to a new deal. It's been reported by just about every media outlet that Warner and now-KC head coach Todd Haley were close and I'm sure part his decision will hinge on what kind of coordinator is brought in and what the offense will look like. The wild-card in all of this is how serious Warner is about waiting to see the Boldin situation plays out. If he is waiting for a resolution on that front, he could be waiting a while. When do you think he'll sign the dotted line?