Share All sharing options for: State of the Arizona Cardinals Roster: Tight Ends

Ah....the tight ends. No other position group on the Arizona Cardinals roster drew as much scorn as the tight ends and for good reason. Between injuries, mental mistakes and flat out ineffectiveness, the Cardinals group of tight ends, once considered a talented and deep position, is now one of the biggest question marks heading into 2009. The ineptitude of the tight ends as whole can be summed up in

one sentence, they signed a guy who completely unemployed and in less than 20 days he was not only the starter but by far the best player at the position.

2008 Analysis: Spach didn't join the Cardinals until October 28th but he won the starting job by the first Seattle game (11/16) and never looked back. He wasn't a big receiving threat but he was a definite upgrade as a blocker and he didn't make the bone-head mistakes that we've come to expect from our tight ends. Spach saved his best game for the playoff game with the Falcons when he caught three passes for 34 yards, including a huge third down catch to seal the win. His performance was impressive enough for him to garner serious consideration for ROTB's most prestigious award, Cardinal of the Week.  Sadly Spach's season would end just one week later though when he tore his ACL against the Panthers.

2009 Outlook: The good news is that the Cardinals have exclusive negotiating rights with Spach, so if they want him back they'll get him. The bad news is that he tore his ACL in the middle of January so it's a stretch to say he'll be 100% by the beginning of the season (roughly eight months). A more likely scenario is for him to start the season on the PUP list and rejoin the team after six more weeks of rehab. He's still a young guy though and he'll be cheap enough that I can't imagine why he won't be a solid contributor for 2009 (even if we have to wait a month or two to see him).

2008 Analysis: Patrick, like most of tight end mates, spent as much time in the training room as he did on the field in 2008. He got off to a fast start with eight receptions and 71 yards in the first five games (three starts) but injuries would keep him out of the next five games and he wouldn't start another game for the rest of the season, including the playoffs. Patrick's never been considered a great blocker, in fact adequate might be a stretch), but he struggled to get anything going in the passing game either, averaging less than ten yards per reception. He did have a good catch in the Super Bowl when he went up and got a ball on a short one yard touchdown.

2009 Outlook: Patrick will be back in 2009 and his roster spot should be safe. Unless the Cardinals add a couple of tight ends during the off season, they simply don't have the depth to cut a guy of Patrick's ability. He's always had the ability to be a decent receiving option and he's young enough to have the opportunity to develop into an all-around tight end, but he's got to stay healthy. 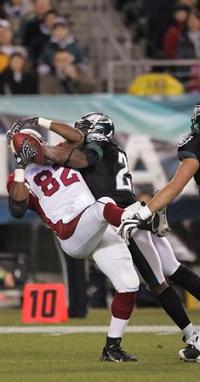 2008 Analysis: There was some hope that Pope could have a breakout year in 2008 but early on we learned that was faulty logic. Pope struggled through various injuries during training camp and he might never have been 100% during the season. He only missed three games but he didn't start three games in a row until the playoffs. He still struggles with blocking, in the passing game and running game, and stupid penalties, namely jumping off sides.

2009 Outlook: Pope will be back on a one year deal and he'll be the 2009 version of Eric Green. I wouldn't be surprised to see him open training camp as the starter but be well buried on depth chart (or just inactive as Green was) by mid-season. Pope will not only stay healthy, something he's never managed to do, but he also has to improve every part of his game. Pope is playing for his NFL future in 2009.

2008 Analysis: Tuman was brought in as another former Steeler who was supposed to be a veteran presence and leader of the younger guys at his position. Instead apparently drank the same water as the rest of the tight ends because he struggled injuries the entire year. He was even cut at the end of December but returned after Spach went down in the playoffs. He finished season appearing in just eight games with three starts and all three of his receptions came in a single game (regular season CAR game).

2009 Outlook: I'd be shocked to see Tuman in a Cardinal jersey in 2009. He's always been a blocking tight end who offered very little in the passing game and Spach proved that he was a major upgrade over Tuman. He'll end up somewhere but unless Spach is expected to miss most of the season and they don't bring in anyone else, I doubt the Cardinals even try to re-sign him. 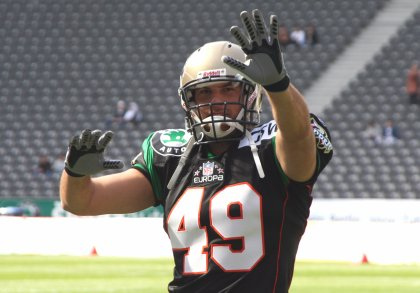 2008 Analysis: Shor has been on the Cardinals practice squad for two seasons (2006 & 2008) and been to camp with the team for three consecutive seasons.

2009 Outlook: We learned everything that we needed to know about Shor when they signed Spach off the street. Shor had was familiar with the system, having been with the team for two full seasons, but the coaching staff still felt more comfortable picking up a completely unknown player. Shor's days with the Cardinals should be finished.

Overview and Needs: Oh man, where to start? First, if the season started today the Cardinals wouldn't have a single tight end under contract so it's obvious that they've got to sign some guys and most likely bring in at least one free agent or rookie. Considering that it's a long shot (at best) for Spach to be healthy by the start of the season, they're more likely to bring in at least two guys. I'm sure some fans would rather clean house and bring in three or four new faces and start from scratch and with that in mind, here are the free agent tight ends (buyer beware, the tight end crop is very weak):

The tight ends took a lot of abuse last season and hopefully we'll have better things to say this time next year. Am I being too hard on a group that struggled with injuries the entire year? How many tight ends would you bring in? Any news on Spach's recovery?