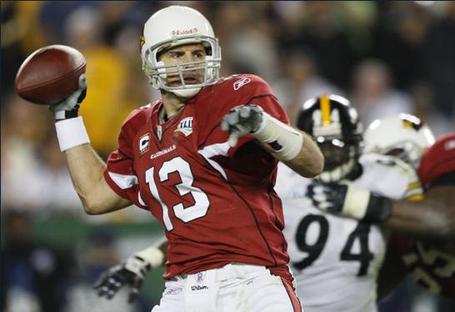 Consider it special that Kurt Warner finally wins the Cotw award from the last game of the season, the Super Bowl. Kurt had yet another top game in perhaps the greatest Super Bowl in the history of the NFL. Although he threw a critical pick-six before half-time, the Cardinals wouldn't have made it nearly as interesting without him in the game. The Pittsburgh Steelers had the number one rated defense overall, the Kurt made it look easy. He threw for 377 yards and 3 touchdowns against them. If only the Cardinals had won, would it make winning CotW more special. Either way, we can all be grateful for what Kurt Warner has done for the franchise and hopefully next year, we'll see him in Cardinal red again.