Fresh off of Super Bowl XLIII, several mock draft sites have now updated the Cardinals draft status at picking 31st overall. There is still a cons 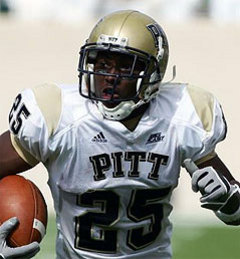 ensus that the Cardinals need to improve there running game in the draft. It's obvious when they were ranked dead last in the NFL at rushing yards per game. (Trust me when I say, I looked through quite a bit of mock draft sites and the majority of them have the Cardinals taking LeSean McCoy in the first round). Some things have changed though. The Cardinals were able to establish a consistent running game throughout the post season with a fresh Edgerrin James. Do the Cardinals still draft a young running back to compliment Tim Hightower? Should they keep Edge another year? Do they bring in a young lineman to fill in at center or tackle? The draft is still months away but here are some updated mock drafts, and who the Cardinals may take in the first round: