The AFC's best couldn't slow him down. Larry Fitzgerald had a very good regular season and a great post season, but that wasn't enough for the 5th year pro. Fitzgerald capped off his 2008 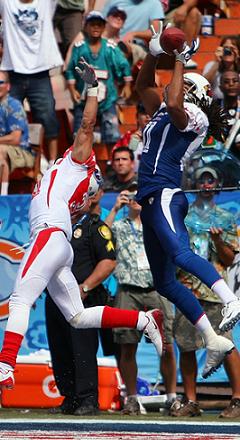 season by leading his NFC squad over the best from the AFC, 30-21 and winning the MVP of the game. He didn't lead the team in receptions or yards but when the NFC needed a big play, they turned to the best WR in the league. Fitz finished with five receptions for 81 yards and two touchdowns, including the score that put the NFC on top for good with just over two minutes left in the game.

In other Arizona Cardinals-related news coming out of the Pro Bowl: