The off season months are never easy for an NFL front office but the Arizona Cardinals are entering a treacherous six or seven months in which they'll be faced with countless personnel questions. The team not only finished their best season in franchise history and will enter the 2009 season with very high expectations, but they've also got a laundry list of notable free agents. They'll have to decide who stays, who goes and who is worth bring into the fold. With that in mind, here's a complete list of Cardinal free agents: 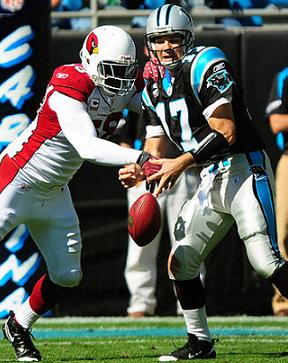 and is set to make a truck-load of money. (Hopefully it's from the Cardinals)

Kurt Warner ($6,004,320) - Speaking of guys who had great years, Warner finished second in league in yards, third in TDs, second in completion percentage and third in QB rating. (Breaking news: He had a good year and has plenty left in the tank)

Terrelle Smith ($851,680) - The rarely mentioned blocking back did what he's accustomed to doing in 2008, get very little fanfare for being an exceptional blocker.

J.J. Arrington ($754,607) - Arrington had an interesting season that started with him being inactive and he touched the ball more and more as the season progressed. He finally looked like an NFL player.

Bertrand Berry ($2,005,760) - Berry was finally healthy for most of the season, playing in the most games since 2004, and he didn't disappoint. Playing in a reserve role for part of the year, he still led the team in sacks, 5.0, and added two more in the playoffs.

Clark Haggans ($1,353,480) - Haggans' season ended prematurely after 11 games but when he was healthy, he was productive in a reserve role. The veteran provided leadership and was a force on special teams.

Monty Beisel ($904,920) - Beisel did what he's done for most of his career, be a solid role player and perform well when called upon. He's very similar to Haggans.

Elton Brown ($931,800) - Brown didn't get much of a chance this season because the offensive line stayed healthy all season long, although depending on who you believe, he was on the verge of replacing Lutui all season long.

Ralph Brown ($448,000) - For a guy who we weren't even sure would make the roster, Brown had a pretty decent season and he got better in the playoffs. His three interceptions combined between the regular season and post season were bested only by DRC.

Ben Graham (not known) - Graham was signed mid season so his salary was most likely a pro-rated portion of the veteran minimum (but I'll let you do the math). he stabilized the uncertainty at punter and was not spectacular, but at least consistent.

Eric Green ($2,020,240) - Green fell harder and faster than any player I can remember. At the beginning of the season he was a starter and bye week 10 he was inactive, except for a few games when injuries warranted him stepping on the field.

Jerame Tuman ($934,440) - Before camp even started, Tuman had trouble staying healthy and he ended up only playing in three games all season, including the playoffs. He was cut and picked back up during the season as well.

Brian St. Pierre ($469,320) - St. Pierre did what he's done for his entire career, earn a nice paycheck for standing on the sidelines with a clip board and a ball cap.

Now lets move on to the Restricted Free Agents......

Gabe Watson ($563,954) - Watson's season was slowed by a fractured knee cap that he suffered during off season. He never really got back to full strength until late in the season.

Leonard Pope ($642,588) - Another season marred by injuries. Pope bounced back and forth between the practice field and training room more than any player not named Travis LaBoy. 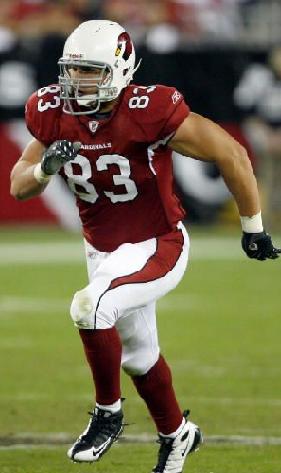 down in the second playoff game. It took about a month for Spach to go from unemployed to NFL starter and he ended the season with eight starters (playoffs included).

Eduardo Castaneda - Castaneda benefited from the NFL's International Practice Sqaud program and was on the Cardinal practice squad all season long.

Enoka Lucas - Lucas was on the practice squad all season.

Kelly Poppinga - Poppinga was signed to the practice squad when Chris Harrington left for Cincy.

Alex Shor - Another practice squad guy who spent the entire season with the Cardinals.

Tim Castille ($377,260) - The 'versatile' fullback didn't have a huge impact but he appeared in 14 games during the regular season and two playoff games.

Ben Patrick ($392,525) - Yet another tight end who battled injuries for most of the season. The second year player couldn't ever get on track but hopefully his TD reception in the Super Bowl is a sign of things to come.

Lyle Sendlein ($382,010) - Sendlein stepped into Al Johnson's shoes and did an admirable job for an  undrafted second year player.

Elliot Vallejo ($300,760) - Vallejo went back and forth between the practice squad and 53 man roster during the season but he's valuable depth on a thin offensive line.

Micheal Adams - The smallish corner in his second season made his way on the active roster late in the season and played in the final five games and each playoff game.

Pago Togafau - Togafau was signed when Ali Highsmith went down with a torn ACL and played in six of the final eight games and all four playoff games.

(For a definition on the differences between UFA, RFA and ERFA, check here)

That's obviously an extensive list of players, including some pivotal members of the NFC Champion Arizona Cardinals. Rod Graves and his front office mates will have to decide who's worth resigning and who needs to walk. We'll dive into each free agent on an individual basis as we break down each position in the upcoming weeks. For now though take you pick, who would you keep and why?

Also for anyone looking for a comphrehensive list of every single free agent around the league, check out the list compiled by yours truly and the rest of SB NAation bloggers.