Last week, the running backs were assessed at the NFL combine. This week, we'll go over the offensive lineman. If you haven't noticed yet, we're only reviewing the possible positions the Cardinals may go after in the 2009 NFL draft. Two skill position players have already bolted, J.J. Arrington, and defensive end Antonio Smith. J.J.'s deal was official, but now reports are surfacing that J.J. has concerns, and the deal could fall through. That's a whole other story, but for now, these two losses may have an affect on the draft. That could mean the Cardinals will fill in depth at running back, or fix the defensive line. Nevertheless, we'll go over the top offensive lineman prospects, starting with center Alex Mack: 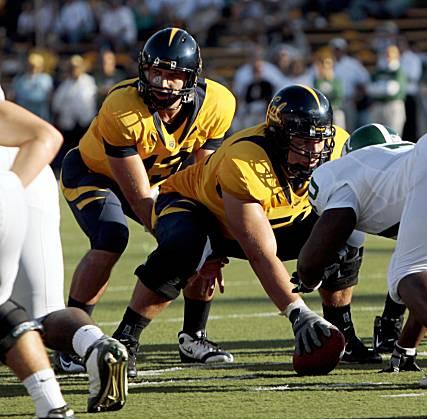 Mack is considered the top center entering the NFL draft. An injury kept him from attending the combine but it's still promising that he will be a first round draft pick. Mack was a solid starter for CAL and was the top center in the nation. Mack was voted first-team all-conference three consecutive years and also won several academic awards. The Cardinals have reportedley been high on Mack, and were one of a few teams to interview him at the combine. Mack would instantly become the anchor of the line and could be an effective fit in Russ Grimm's line. 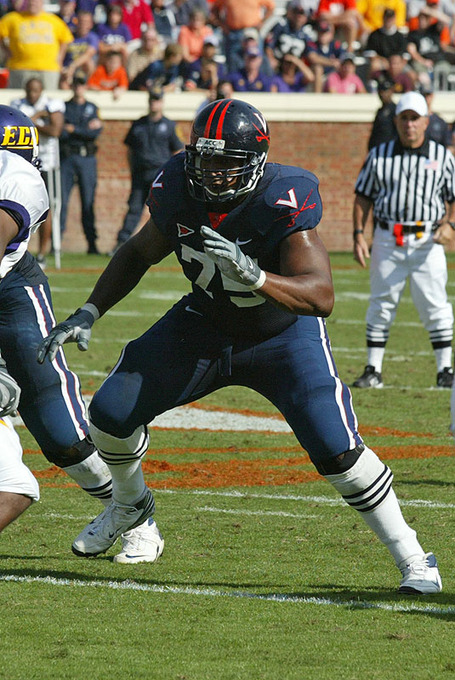 Eugene Monroe stands tall at 6'6, and plays unstoppable at times. Monroe plays exceptionally well on the outside and is one of the best prospects with pass protection. Monroe is nimble on his feet and possibly has the questest moves out of all the lineman in the draft. The only thing keeping Monroe from being drafted as the first offensive lineman, is concerns with his strengh. If he can build enough strength to impress scouts, he could be the first lineman taken in the draft. Monroe was named an All-American and was the recipient of the Jacobs Blocking Trophy as the best blocker in the ACC. Monroe finished the combine well with a quick 40-yard, probably raising is draft stock.

Jason Smith: Baylor, 6'5 - 305 lbs.
Analysis:
Smith is widely considered to be a top ten pick in the draft. Originally a tight end, Smith was then moved to offensive tackle and never looked back. Because of his

past, he is a very quick lineman, with fast week and tough hands. He was able to battle anybody in the Big 12 and most think it will translate into the NFL. The only concern with him was an injured knee in 2007 that could come back to haunt him. His unique quickness showed at the combine with a 7.53 three cone drill, to go with his strength of 33 bench press reps.

Here are some other faces to look out for in the NFL draft: