Can the Arizona Cardinals Afford Pass on a First Round Running Back?

Share All sharing options for: Can the Arizona Cardinals Afford Pass on a First Round Running Back?

For those of  you that have been around ROTB for any length of time, you know we've covered the Arizona Cardinals inability to run the ball ad nasuem so I won't bore you with the same old stats (like we were the worst rushing offense in the league last year, ok I tried). Moving forward something must be done to improve the running game and upgrading the running back position seems like the most pressing need. It seems like a forgone conclusion that the Cardinals will emerge from the draft with at least one running back and the only real question is how early they'll call his name. Many fans and draft-niks alike fully expect the Cardinals to take the best available running back with their first round pick while others are clamoring for a middle round pick. With that in mind, here's a historical look at first round backs versus their counterparts chosen in later rounds.

First some explanation of what we're about to discuss. I disregarded past two 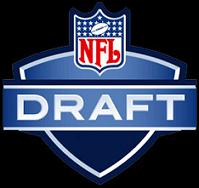 drafts so that each player would have three full seasons of stats to dissect and I went back as far as 2000. That leaves us with seven years of draft history and 136 135 ( we won't count Dante Hall as a RB, even though he was one in college) running backs to analyze. In an effort to be somewhat concise (not my strong suit) we won't cover each and every back individually. I took some liberties in determining whether each player was a 'successful' or 'unsuccessful' pick but I tried to be somewhat fair across the board. Basically I looked at each and every back and assigned a 'grade' to their careers so far (0-4). Here's a quick breakdown of the grading system:

I'm sure we could quibble about the grades of individual players (whether they're a 3 or 4 or a 2 or 3), but I tried to be consistent with the rankings. The end result hopefully will give us some kind of indicator as to how long we can wait in the draft before selecting a running back capable of becoming at least a productive player, if not starter at some point in the future.

As a quick disclaimer, I did not consider special teams contributions or return ability since we're looking for a starting-quality running back.

For those who were hoping to read a story supporting the use of a middle round pick on a running back, you might be disappointed. The likelihood of drafting a starting-quality running back drops every round after the first round in the past seven years. Here's the average grade for each round:

Now, does that mean that quality backs can't be found any later than the first round? Of course not, but it's much more likely to find a starting running back in the first round than any other round in the draft. For those that are still skeptical, here's a year by year look at the running backs selected from 2000 to 2006.

2000 Draft: Overall there were 23 backs selected in the 2000 draft, including five first rounders, but this wasn't a particularly great year for backs. First round backs included Jamal Lewis, Thomas Jones, Ron Dayne, Shaun Alexander and Trung Candidate of which three of those (Lewis, Jones & Alexander) become starting quality backs (worthy of grade 4). After the first round though, the only notable names include third round pick Reuben Droughns (graded 3), fifth round pick Sammy Morris (graded 2) and sixth round pick Mike Anderson (graded 3).

2001 Draft: Overall there were 18 backs in this draft including three first rounders, but this was a good draft for backs in the middle rounds. The first round backs included LaDainian Tomlinson (4), Deuce McAllister (4) and Michael Bennett (2), but starting quality backs also emerged from later rounds. Of the backs who graded out with a 4, Travis Henry was drafted in the second and Rudi Johnson was selected in the fourth. Of the backs who graded out a 3, Anthony Thomas and LaMont Jordan were second rounds picks and Kevan Barlow was a third round pick.

2002 Draft: This was a great year for all of those who'd prefer to wait until the middle rounds. 22 picks were used on running backs but both, William Green and TJ Duckett, didn't live up to the billing and there were out shined by a solid class of middle round picks. Clinton Portis (2nd rounder) and Brian Westbrook (3rd rounder) both graded out as a 4 and Chester Taylor (6th rounder) also graded out as a 3. This was one of the only years when the first round didn't have the highest average.

2003 Draft: The trend from 2002 didn't bleed over to 2003 though. Fifteen backs were drafted but none were better than the two that came out of the first round, Willis McGahee and Larry Johnson. The only other backs of note were third rounders, Chris Brown and Justin Fargas and fourth rounder Domanick Williams. Overall this was a pretty bad year for backs as nine of the fifteen backs graded out as a one or zero.

2004 Draft: A decent year for running backs produced 17 backs, including three in the first round and three more in the second round. The first round backs are headlined by Steven Jackson but Chris Perry and Kevin Jones have been disappointing to say the least. In the second round, Tatum Bell, Julius Jones and Greg Jones have all been decent players in the league. Michael Turner was also a gem out of the fifth round and Derrick Ward made a name for himself out of the seventh round.

2005 Draft: A big year year for running backs produced 24 picks, including three of the top five picks in the draft. Unfortunately though, those high first rounders, Ronnie Brown, Cedric Benson and Cadillac Williams, haven't been consistently productive so far and have been out done by backs selected in later rounds. Backs who graded out as a 4 include third round pick Frank Gore and two fourth round picks Marion Barber and Brandon Jacobs. Other notable backs include J.J Arrington and Darren Sproles, both of which were graded as a two.

2006 Draft: The final year that we looked at produced 17 running backs and so far has been a very deep year for backs. First rounders include Reggie Bush, Laurence Maroney, DeAngelo Williams and Joseph Addai, of which three of the four (Bush, Williams and Addai) grade out a a three or better. Quality backs were also found in the second and third rounds though when LenDale White, Maurice Jones-Drew and Jerious Norwood were selected.

So what, if anything, can we conclude from all this data? First, in nearly every year there is a first round bust at running back (Ron Dayne, William Green, Chris Perry, Cedric Benson and Laurence Maroney) and there is always a back or two who emerges from the middle rounds who turns out to be a quality starter (Reuben Droughns, Rudi Johnson, Brian Westbrook, Chester Taylor, Justin Fargas, Michael Turner, Frank Gore etc). But, I think we can also see that the most likely round to draft a running back with the potential to become a future starter is the first round. After all for every Westbrook and Gore, there are two Brian Calhouns or Manueal Whites or Quentin Griffins. So what do you think? Is it worth the risk to wait until the middle rounds to select a running back?