Share All sharing options for: Arizona Cardinals GM Rod Graves on with KTAR

Rod Graves, GM of the Arizona Cardinals, has been a busy man this past week and his job isn't nearly done, but he had time to stop by and talk with Doug and Wolf on KTAR this morning. 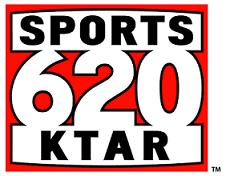 As you might expect, they was not a shortage of topics to discuss and they coveraged just about every thing you'd expect including:

It's certainly worth a listen.

Many thanks to KTAR for providing the audio and make sure that they are your radio home for the Arizona Cardinals. Let us know what you think?