Share All sharing options for: NFL Schedule and Difficulty Rankings

On the eve of the official NFL schedule release I thought it would be interesting to breakdown the NFL schedule formula and find out which team has the easiest and hardest schedule on paper next year and where the Cardinals fall in the formula.

The formula that the NFL uses to create a teams schedule each year is based off of a combination of four factors:

1) 2 Games vs each team in their own division. 6 Total

2) 1 Game vs each team from a division within the conference. 4 Total

3) 1 Game vs each team from a division outside the conference. 4 Total

The divisions are rotated on a four year cycle which guarantees that each team will meet at least once every four years.

The interesting thing about the "Like Opponent" game is that the team plays two teams that finished in the same division spot as themselves, an example is the Cardinals playing the Giants and Titans who each finished first in their division.

Now, the question is who has the easiest and hardest schedule for the year, and where does the Cardinals schedule rank on paper? 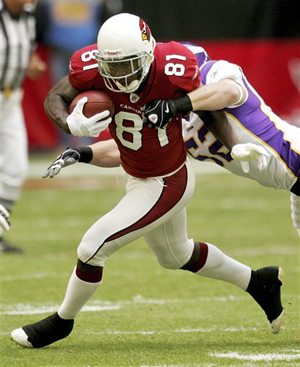 Of course this is only on paper, but due to the schedule who does it look like will emerge from this as division and conference winners? How do you like the odds that Arizona returns to a championship game? And does the Vikings potentially easy schedule put them into a spot to potentially contend for the NFC Championship?