With three positions down on the ROTB All-Cardinal team, we now can move on to another key position to the offense, running back. The Cardinals have had talented running backs in the past, although none recently come to mind. The only recent additions are draft busts or running backs past their prime. We can all hope that our current back, Tim Hightower can eventually develop into a quality starting running back. To 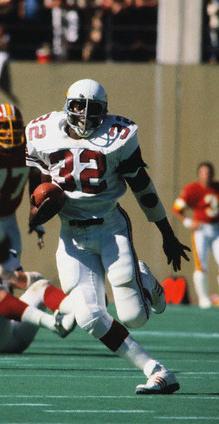 continue on with the list, here are your nominees for the All-Cardinal running backs:

The last time the Arizona Cardinals turned a first round running back into a franchise great it was 1979. Ottis Anderson was the 8th overall pick that year and he went on to rush for more than 1,100 yards in five of the next six seasons and earn two Pro Bowls and one All-Pro selection. He was the definition of a workhorse back averaging almost 19 carries and 3 receptions per game as a Cardinal. He was a Cardinal for eight seasons and his franchise records for attempts, yards and touchdowns won't be eclipsed any time soon.

Mitchell would come out of the Citadel to become the Cardinals franchised leader in combined yardage with 11,988 (rushing, receiving, punt/kick returns). Mitchell was used primarily as a returner during his first four seasons but he'd take over as the starting running back after injuries sidelined Ottis Anderson. In Mitchell's first season starting at tailback he totaled just over 1,000 yards on just 183 carries (5.5 yards per carry) and would accumulate almost 2,000 total yards. He'd be the starting running back for the next three seasons and he'd finish his career with a yards per carry of 4.7. He still ranks in the top 40 all-time in combined return yardage and 69th all-time in total combined yardage. Mitchell went into coaching after his career ended and it currently the assistant head coach/running backs coach in Washington. 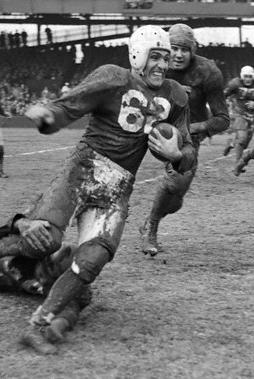 Trippi was the Cardinals 1st overall pick in the 1945 draft by the Chicago Cardinals. Trippi could essentially make the case for himself that he is the greatest Cardinals running back of all time. He averaged 5.1 yards per carry and ran for 3,506 yards for his career as a Cardinal. He also finished his career as a Cardinal with 23 rushing touchdowns. Most don't realize that he not only ran the ball, but he threw it, punted it, and played defense as well. In 1951 he ran for over 500 yards and threw for over 1,000 yards. His versatile play and stats may appear to be the most impressive out of the 3 nominees. Trippi made two Pro Bowl appearances, one 1st team All Pro team and was eventually inducted into the Hall of Fame in 1968.

Since this is a team put together by ROTB, one of our members thought the next two should be added as candidates, so I will add them.

The list of honorable mentions didn't make the list because they all round out around the same amount of yardage or touchdowns. While they did make well appreciated contributions to the Cardinals franchise, they weren't quite All-Cardinal team material. Is there anybody else that deserves to be a nominee? Who did you vote for and why?