Ultimately, Ingram seems like another Leonard Pope; a big, underachieving tight end who doesn't play with any kind of passion. But he's been projected on some mock drafts for the Cardinals in the later rounds so now's the time to get to know him. 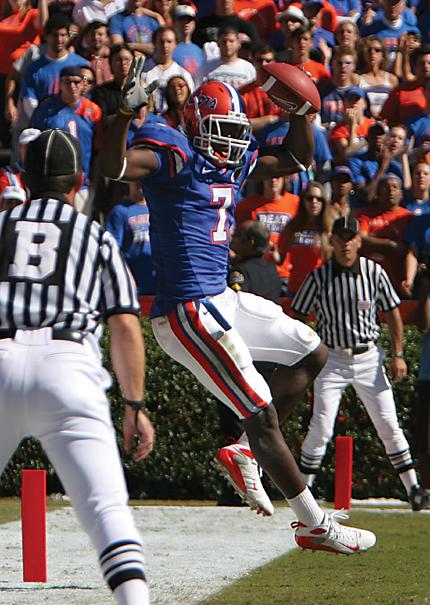 Positives: Ingram is a big tight end that has the ideal frame and muscle mass for the NFL. He's still has plenty to gain and it wouldn't affect his speed either. Ingram was formally a quarterback in college and made the transition to tight end early. He was able to bulk up, learn the position, and develop into one of the top tight ends in the nation. Due to his previous position, Ingram has good peripheral vision and has soft hands. He's a strong athlete and is an animal in the weight-room. He has above average speed and can out-run most linebackers. He uses his natural ability to gain extra yardage after the catch. He's a decent route-runner and gets off of jams fairly quickly. He will often extend to make a play and he has enough of a vertical to go up for the big catch.

Negatives: Ingram is a project player and still needs more experience to help a team in the NFL right away. He's your classic under-achiever and needs something to motivate him. He needs to polish more parts of his game and struggles to learn quickly. He can often make bonehead mistakes or line up incorrectly. He's more fit as a slot receiver and could make the transition in the NFL. He doesn't play with a passion and needs to develop a stronger work ethic. He tried quitting 2 times at Florida and most believe that he doesn't strive to win. He's not an NFL-ready  blocker, and only is a productive blocker in the secondary. He goes with the motion when running routes and he won't sacrifice his body to make a catch.

Overview: Ingram is a work in progress and has all the tools the be a good tight end in the NFL. He has the size, speed, and athletic ability, but needs to improve in more important areas like blocking and playing with intensity. If he can stay healthy and learn under the wing of a veteran tight end, he can eventually develop in a quality starter.

Why he should be a Cardinal: Ingram should be a Cardinal because they haven't had a pro-bowl worthy tight end for their time in the desert, and they need someone to eventually become one. Ingram is a project but he can certainly develop given the right opportunity. He's a pass-catching tight end and makes his best contributions receiving short dump-off passes.

How he would fit into the offense: Ingram would primarily play special teams in his first season. He needs time to tweak his game and gain more knowledge of the position. He would likely play when the game is already over or in the preseason catching balls from St. Pierre.