Positives: Jerry has a large muscular frame with long arms, legs and hands that will be sure to disrupt offensive lineman. He's very explosive off the snap and plays 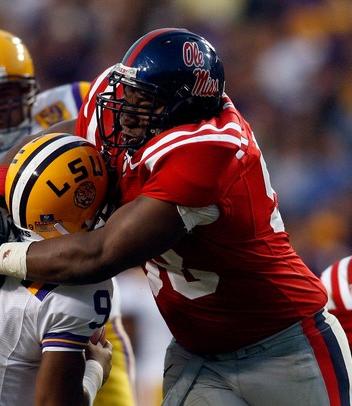 with a high motor. He's got very good lateral quickness and will use twists and his hand movement to get past lineman. He's got a great personality with no known off-field issues. He shows exceptional pursuit and has a knack for getting in the backfield and making tackles for a loss. He's great tackler, a dominant run defender, and just so-so when rushing the quarterback.

Negatives: If Peria can increase his lower body strength, he will become a solid defensive tackle in the NFL. Until then, that will be one of his main weaknesses. He could also stand to widen his frame so that he could command more double teams. He isn't a pass rush specialist, and needs to work and getting after the quarterback. He can also get lost in plays and tends to play too wild at times and get away from the ball carrier.

Why the Lions will draft him: As I've stated before, the Lions have too many holes to count and they could easily go "best player available". The Lions need to fix their defense though, and it starts in the trenches. Peria will also make a great tandem in the middle with Grady Jackson. He will shore up yet another hole for the Detroit Lions, and fix that terrible defense at the same time.

Many thanks to myself for submitting this pick and supplying an excellent write-up. The Patriots and Hawk's wife are now on the clock with the Rams and Hawk on deck. If anyone needs to refresh their memory on the second round draft order, check here.