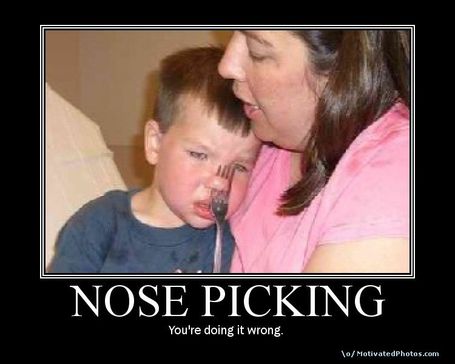 As alluded to earlier, RotB's Preseason Pick'em League will have a twist to the standard format because, well, it's the preseason!  About the only thing predictable about preseason games were the Colts would lose every game but who knows now with Dungy retired.  Due to the unpredictability of preseason game results potentially everyone will have a similiar Pick'em record.  Or will they?  Unlike the above image, there's no right or wrong way to go about making your picks in the preseason as the Preaseason Pick'em League winner will prove.

The "twist" on the regular season Pick'em League is to win the Preseason Pick'em you have to post the worst record.  Otherwise, all the rules are effectively the same albeit on a smaller scale (half the "season" requires only two weeks of picks to qualify with Preseason Week 4 being the only mandatory week).  Also, if you miss tomorrow's Hall of Fame Game pick, don't sweat it, just get your picks in for Week 1 before the scheduled kickoffs that start Thursday and run through Monday.

NFL Network will be reairing every preseason game this year so if you really want to see Brady Quinn flail around in Green Bay, get your DVR set-up to record it.

When making your picks you can be as elaborate as you'd like or succinct.  Whichever way you detail your picks, please do me the favour of picking games in the above order; it makes tabulation much easier at 4AM Tuesday morning.