Its time for another Caption Contest! This time, I have a picture of Leinart from his first practice with Houston, along with a bonus picture for anyone who wants to make a caption for that one.

This Week: After an entire offseason thinking he was the guy, Matt Leinart has probably gone through one of the worst parts of his entire life. He has now been cut from the Cardinals, and he is currently the 3rd stringer on the Houston Texans (although he will probably overtake Dan "Safety First" Orlovsky on the Depth Chart once he learns the Playbook). What is he thinking? 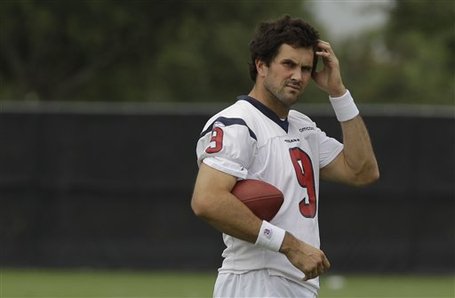 The Winner last time was tw3kr who got 5 votes for his comment:

Rules of the Caption Contest, and the standings after the jump.

Here are the basics:

Bonus Picture: What is Matt Schaub thinking while he is looking at Leinart with a football under his shirt? 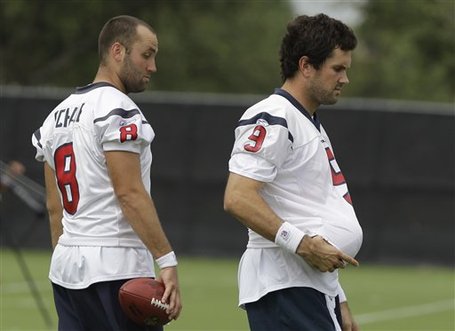