Top Five Quarterback Wishlist: *Note*: None of this can be done before the CBA thing is fixed, but I'm an optimist, and I think it'll get done soon 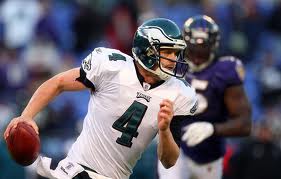 I've wanted Kevin Kolb since before last season ended. He's a young QB who's had some great games. Although he's had some bad ones too, his good ones stand out the most. He's a 2X NFC Offensive Player of the Week, his first two starts were 300 yard games, he had a 300 yard game against the Falcons last season (Top NFL team), and the only reason he was benched was due to injury, and Michael Vick playing like, well, Michael Vick. He has a ton of potential, and fits the West Coast style Offense.

The one problem is he might come at a high price. I'll only support trading for him if we can get him for a 2nd Round pick, and maybe a little more (Like a conditional pick). I don't want to trade our 1st Round pick. We've got other needs that can be addressed with the #5 overall pick (Like getting a fantastic pass-rusher). But, if we can somehow get Kevin Kolb for a 2nd Round pick, then I want the Cardinals to be all over this deal. 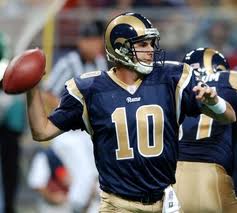 Marc Bulger is a FA this Off-season. He was a QB for the Rams, and was decent until the Rams fell apart, and couldn't provide him with the talent necessary to survive in the league. If we can't get Kevin Kolb, I can live with picking up Marc Bulger. He's endorsed by Kurt Warner, and could provide the necessary competition John Skelton needs to improve. 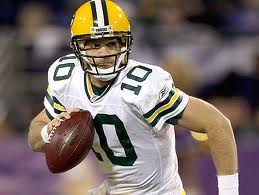 This may come as a surprise, but I think trading for Matt Flynn would be beneficial. The Packers have Aaron Rodgers, who's young, talented, just won them a Superbowl, all while winning the Superbowl MVP award. To sum it up: They're not exactly worried about the QB position. I'm sure we can get their backup, Matt Flynn, for cheap. Maybe a 5th round pick or something. He had a good game against the Patriots last season. In that game, he threw for 254 yards, with three Touchdowns, and one interception. I think he has a lot of potential, and definitely wouldn't mind seeing him competing for a job in training camp. 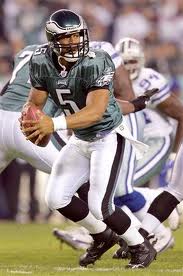 I like the idea of Donovan McNabb playing for the Cardinals. He's a veteran who's accomplished a lot in the league. He also lives in Chandler, and has always wanted to play for the Cardinals. He could mentor John Skelton for a couple of years, while giving us some decent play. I know last season wasn't his best, but he still was decent, considering he had to deal with the whole Redskins team fiasco, and had to deal with a Coach who obviously didn't really support him. I personally believe he has a couple of years left in him. He's only one more year older than Marc Bulger. He could probably be had for a late draft pick, but I have a feeling he'll be cut, which is even better.

*Note*: Donovan McNabb will be much higher on this list if he's cut by the Redskins 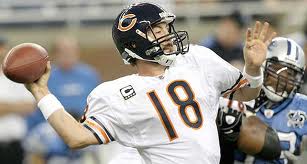 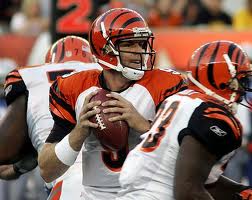 I left these two for last because it's not looking like they'll leave their current teams. Cincinnati has already said that they want to keep Carson Palmer, and Denver said that Kyle Orton is their current starter. But, Carson Palmer has threatened to retire if he doesn't get a trade, and you never know about Denver, which is why I'm even bothering to include them in this list. If there's any chance we can get Kyle Orton or Carson Palmer, I want the Cardinals to jump at it, because Kyle Orton was the league leader in yards for a large part of last season, and Carson Palmer could benefit playing with WR's like Larry Fitzgerald and Steve Breaston. You never know.

If we can't get Kevin Kolb, my first pick, then I'll be okay with getting any veteran, and having them compete against John Skelton for the starting job. The veteran can push John Skelton towards becoming a better player. But, in the end, it all comes down to the CBA getting signed, which I hope happens soon.