As we're all waiting for the CBA problem to get fixed, news has sort of slowed down in the NFL. So, to keep the Off-season excitement going, we've decided to introduce another round of Caption This!. Caption This! is a competition where you have to come up with a caption for the picture given. The rules and this week's picture are after the jump.

Caption This! was running last Off-season, and since people had come up with great ideas last time, we decided to continue it this Off-season. Basically, every week you'll be given a picture. The picture will be anything related to the Cardinals. You're job is to come up with a funny or witty caption for the picture. The rules:

Those are the exact rules from last time's Caption This! competition. So now, here is this week's picture: 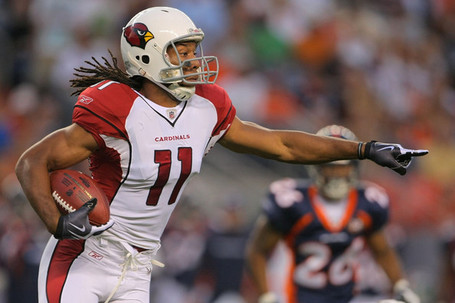