We just finished the first round of Caption This!, and it's safe to say that it was a success.  There were many entries, but in the end, one person came through as the champion for the first round.  His entry, the rules, and this week's picture after the jump.

Entry: OMG! It's been so long since DA actually got a ball to me I don't remember which way to run...the endzone's this way right?

Congratulations to AlaskanCard!  After we get another winner, I'll set up a table with all the winners, competitors, and their vote counts/etc.

Remember, even though he won, you can still enter.  If your entry gains votes, you'll be added to a table of people who's gathered votes.  Also, you can still win future rounds of Caption This!, just how AlaskanCard won the first round.

Now, on to this week's picture: 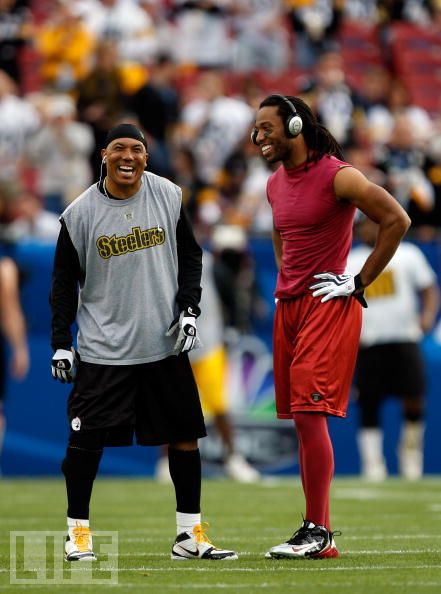