One more round of Caption This! has come and gone.  This time, it was a blowout of a win.  Hit the jump to find out who ran away with the victory, the runner-up, the rules to Caption This!, and this week's picture.

It's amazing what one letter can do

Caption: Kurt Warner tries to think of something nice to say while watching Brian St. Pierre practice his release. Matt Leinart is confused as to why a Quarterback would have to practice.

Congratulations to AlaskanCard and These3words (Quick note, AlaskanCard's caption received 9 rec's, which is a record, if I'm not mistaken).  And of course, remember, even though they're the champions for last week's round, you can still win this week's round, and the following round's.  Every week gives you another opportunity to win, and another opportunity to get your name on the table (Yeah, still working on it, give me some time).

Here is this week's picture: 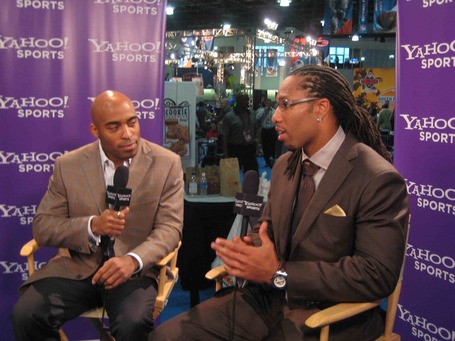