Note: No, it is not new. I just like putting it at top every so often so it gets maximum participation. The next one will be next week, due to technical difficulties

Good news: Last week's Caption This! got a lot of participation.  Bad news: There's only one more piece of good news, which is: There's no more bad news.  This past week gave us a tie for the winning caption.  Hit the jump to find out who they are, their captions, the infamous "Table of Winners", the rules to Caption This!, and of course, this week's picture.

Caption: "With the 5th pick of the draft, the Cardinals choose...

Caption: Under their breath...

Peterson: Sweet, I'm about to get PAID!

Goodell: Haven't read a paper lately have you?

Congratulations to both EnglishCard and Shad H!  And now, newly updated, the Table: 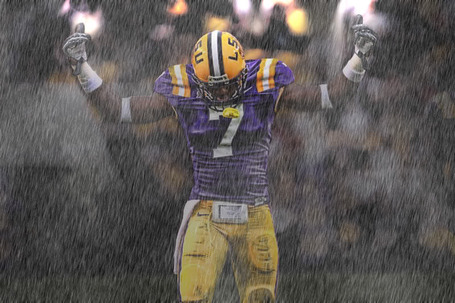