Repost -- so you can vote more and add your caption.

First off, sorry about it being late.  I know I should've published this a couple hours ago, so my bad there.  Anyways, once again, another round of Caption This! has come and gone.  This week's winner won in a blowout, so hit the jump to find out who that is, their caption, the rules to Caption This!, this week's picture, and, of course, the infamous "Table of Epic Winners".

Caption: Darnell Dockett, spotted here in training camp, participates in 1 on 1 drills with one of the team's best O-lineman.

Honorable Mention: (There was a five-way tie for 2nd, so for this week, I'll just mention their names):

Congratulations to the winners!  And now, here is the (newly) updated table: 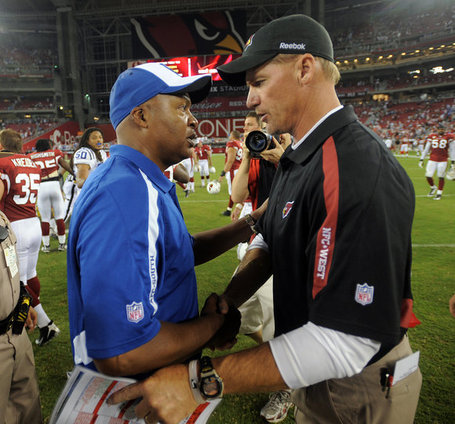