Once again, as is customary for me, I am reposting this because I know that if it goes off the front page, it does not get seen. Take another look and recommend the captions you like or add your own. Monday night should be when the next edition will be posted.

First off, sorry about not getting this up last week.  The good part about that, though, was that there was more participation than usual (The fact that the last Caption This! was circulating around ROTB for two weeks probably helps).  So, hit the jump to find out who won last (last) week's Caption This!, their caption, the rules, this week's picture, and of course, "The Table of Fame".

Caption: "Aw, look at me now.  I was supposed to wear this again tomorrow!"

Honorable Mention (Three people tied for 2nd, so this time, only their names will be mentioned):

Congratulations to Thomaldo and the trio of 2nd Place winners!  Here is the (updated) table: 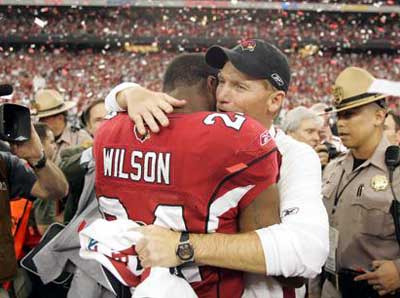