And we're back!  By that, I mean the NFL, football, and Caption This!.  After an exciting last week, it's Monday again, which means time for another round of Caption This!, which has been absent for the last few weeks, which means I'll be using the winner's from the last round.  To find out who they are, hit the jump, where you can also find out what their caption(s) are, the rules to Caption This!, this week's picture, and like always, the infamous Table of Winners.

(Since we had a 4-way tie for 2nd place, we'll just show their names for this week)

Congratulations to all of the winners!  And now, the three week missing Table of Winners: 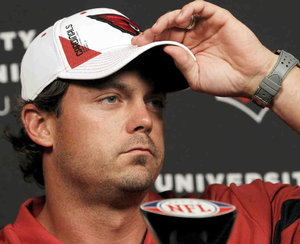