It didn't look good. It didn't help that he didn't get up right away. But when Ryan Williams got hurt, I had a feeling that it was serious. However, I was hopeful.

When the local broadcast the replay, I hoped that he was just down because the Packers' M. D. Jennings had just landed on his calf and that it was just a bruise of some sort.

The cart was it. Anytime a player has to be carted off, you know it is not good. That combined with Williams' holding his head in his hands told me he probably was done for the year.

The funny thing is that the Green Bay broadcast didn't even think it was his knee. Here are pictures from the broadcast. 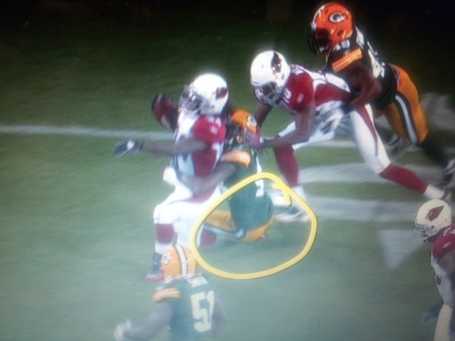 When I went back on to the NFL Preseason Replay, the Wisconsin TV team thought it was his ankle. Notice how it looks like it could have been it.

However, in the replays here, it showed the play from behind. You could see how Jennings landed squarely on the back Williams' leg as his knee hit the ground and he was falling forward.

This shot of him on the ground is what had my belly ache for him. 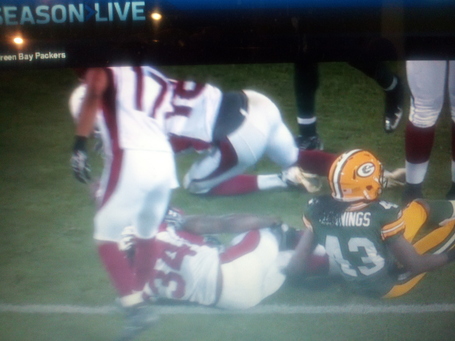 I had an inkling that his knee was jacked up.

Considering how he had looked on his preseason runs and in practice, and also considering how honestly nice he is with the fans, we all are missing out.

Hopefully, he will recover quickly and still develop into the dominant back that seemed to once be his destiny.