After shaking: All right Magic Football, are we going to win the division this year?

(Because there were three winners for last week, the runner-ups will only have his name posted this time)

Congratulations to all three of them (And if I'm correct, this is the first three-way tie in Caption This! history).  The newly updated table: 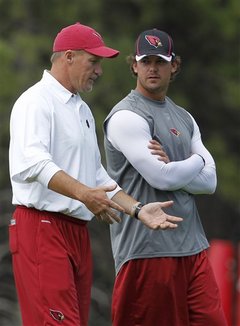