Share All sharing options for: Caption This! #19: The last round

Caption: Whiz: "And just like that Derek's career was dead at my feet."

Run from whoever Levi is blocking and throw the ball to Fitz...

Caption: Kolb: So did you try that hunting technique I taught you?

Whiz: Yeah! So I was standing there, hold the pig like this, and I yell to my wife to bring the knife. The kids are standing around watching. And then the damn petting zoo keeper comes up and says, "Hey you can’t do that! Put that down!" And we had to go…..

Congratulations to all three of them!  Here is the (Updated) Table of Winners:

The rules to Caption This! 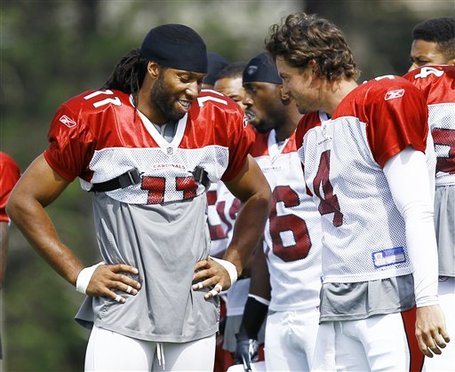