Only three more days till football!  While we're waiting for the Thurdsday Pre-season opener against the Oakland Raiders, here's another round of Caption This! to pass the time.  This week, the winning caption won big, with 8 votes.  To find out who that is, the runner-up, their captions, the rules to Caption This!, this week's picture, and the Table of Winner's, hit the jump.

Caption (Via Twitter): Reporter: "So Mr. Kolb, how do you plan to win over the locker room here in AZ with so little time before the preseason?"

Caption: Get that Braylon guy in here.  I'll show him how to use a knife...

Congratulations to them both!  And now, here is the (Updated) Table of Winners: 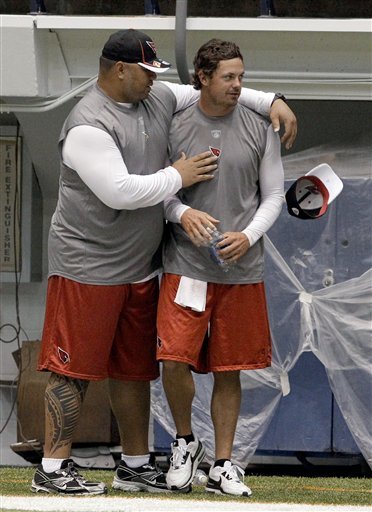