Share All sharing options for: Breaking Down Patrick Peterson's Punt Return For TD

Patrick Peterson's punt return for a touchdown was probably the play of the game when the Arizona Cardinals sneaked by the Carolina Panthers 28-21 to open their 2011 NFL season. When I was watching the game and saw the gap there was when he first fielded the punt, I thought that there was a chance there would be a big play.

Obviously, there was. Let's take a look at what happened to make this spectacular play happen.

It basically came down to three things that made this touchdown happen.

The first one was just an apparent gaffe by the Carolina punt team. From all appearances, the gunners thought Peterson was going to call for a fair catch. Check out where the coverage guys in the middle of the field were before Peterson even caught the ball -- they were even with him. 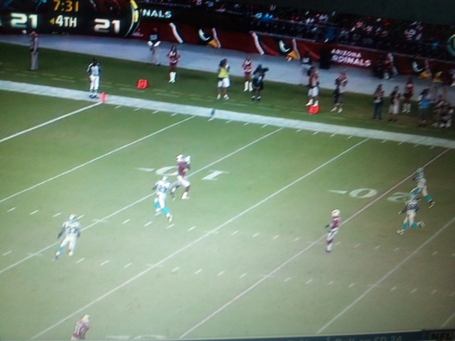 If you notice in the next frame, Peterson has the complete right side of the field for him open because the coverage guys are behind him when he fielded the punt. You have to imagine that if they were expecting a return that they would have stayed in front of him to begin with, or at least one of the two in case he decided to let the ball go by. LOOK AT THE OPEN FIELD! 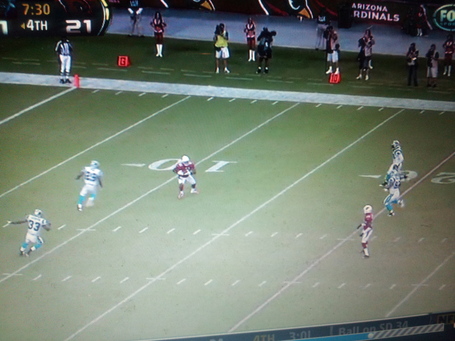 The second key thing that happened in the play was all Peterson. He broke two tackles. The first was more of a miss by the Carolina player, but it was the result of the open space Peterson had in the first place, as he was already running away from the players. 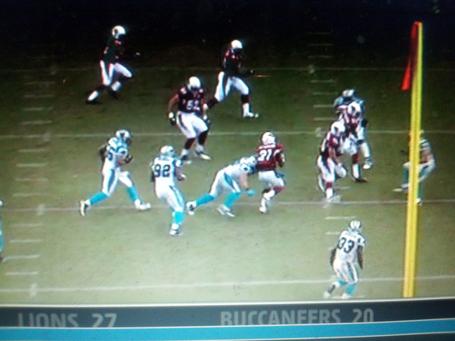 Peterson plain broke the next tackle. The player tried hitting him high and he just kept his footing. 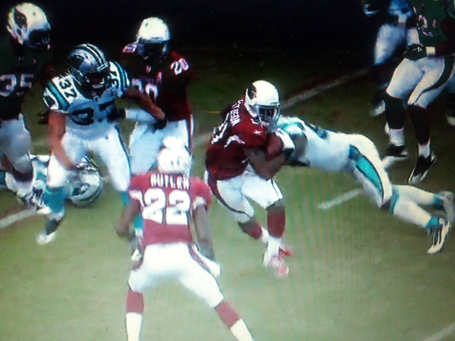 After that, there was just one last thing that had to happen. The punter had to be taken out. Rashad Johnson took care of that. Watching the video replay from behind, Johnson came flying across the field seeking out the punter. He was all over the guy. 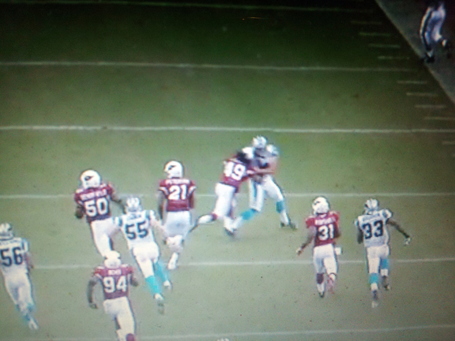 That was it. Of course, Peterson started his celebrating a bit early -- at the 25 (!). Luckily he didn't go Nate Clement and get tackled and the ball stripped. He was aware of his surroundings and added flair with the dive into the endzone at the end. If you think Ken Whisenhunt was ready to chew him out, think again. He said after the game that he was too happy to notice. 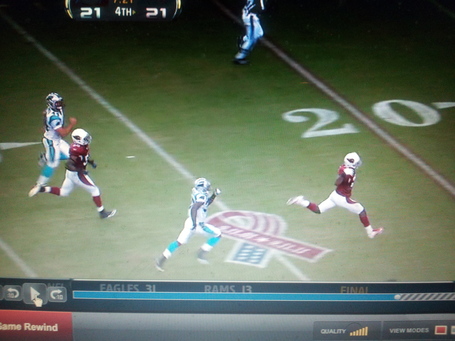 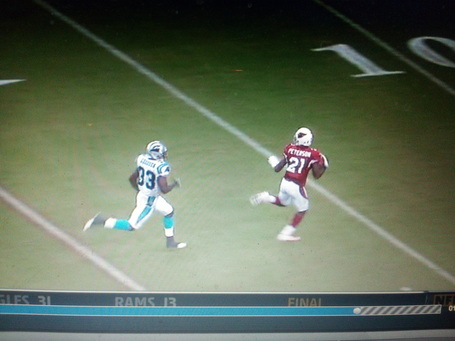 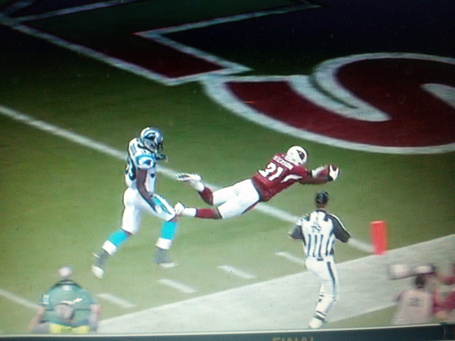