Nike kicked off their introduction of the Nike Pro Combat into the NFL with the release of two new images this week, showing all 32 teams gloves and shoes. Jerseys will be released some time soon, my guess a week or so after the Superbowl. I personally am excited about the jerseys, as long as they don't look like Maryland's. Hit the jump to find out what our beloved Cardinals cleats and gloves will look like. 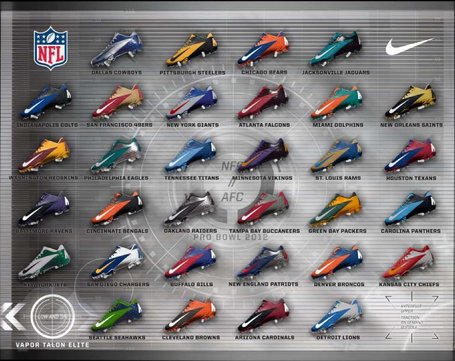 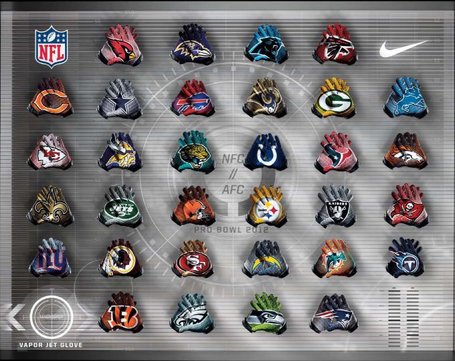 So far so good for the Cardinal uniform. I personally like the gloves the cleats the best. If you look at the rest of the NFC West, we certainly have the better looking uniforms so far. The Rams lean to heavily on gold, the Seahawks... Oh don't get me started... What kind of green is that? And as for the Niners... There isn't much to work on with the colors they have.

I'm excited to see what we will look like. The image that has been floating around for the last two years had me excited, with the exception of the pants. A few peeps that have come out have been saying that Seattle will be wearing something similar to the Oregon Ducks, except a lighter green and more feathers. The Rams will be wearing a lighter yellow than their throwbacks and the same shade of blue. The Niners will be wearing something quite similar to what they have, and as for Arizona... Nothing has been said. Now what do you say... Excited or no?