With the Superbowl being last week, this week was the first week of the NFL Off-season. But just like last week, another Caption This! is here. Their were two winners in (yet another) tie, with 2nd Place coming in just one vote behind.

Hit the jump for the winners, their captions, the rules to Caption This!, this week's picture, and the Table of Winners.

Caption: Larry: Man, I knew this whole Blind Date was a bad idea... Greg use your real name not Peytons next time.

Caption This! #5 Winner (2): Larry: What are you talking about man, I am the one who puts da team on my back doe.

Congratulations to both of them! And now, here is the (newly updated) Table of Winners: 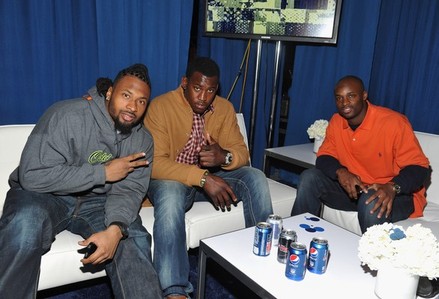