Another Sunday, another round of Caption This!. The winner was a repeat from the week before, protecting his round crown by blowing out his competition.

Hit the jump to find out who the winner and runner-up are, their captions, the rules to Caption This!, this week's picture, and of course, the Table of Winners.

Runner-up:
2nd Place: AlaskanCard
Caption: Manning: dear Tebow, guide me. Where will you have me go?
Mysterious Tebow sounding voice: Go to Arizona!
Congratulations to both of them! The (updated) Table of Winners:
(The table goes in order of week's won, and then votes received)
The rules to Caption This!:
And finally, here is this week's picture: 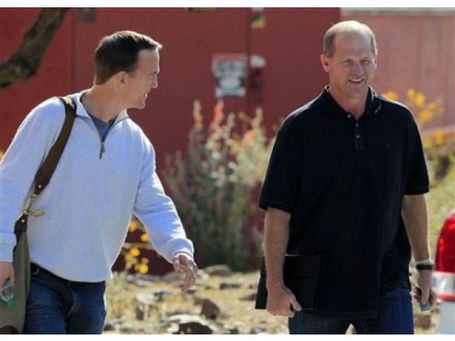