Another weekend, another round of Caption This!. In what is becoming the norm during this off-season's Caption This!, it was a tie in last week's round. There was also a a three-way tie for 2nd Place, something else that seems to happen weekly.

Hit the jump for the winners, their captions, the rules to Caption This!, this week's picture, and the "Table of Winners".

Caption: "Okay boys, who wants to ask me about Peyton Manning first?"

Caption: Whiz: I'm proud of our guys they played hard and fought till the end

Unfortunately we couldn't put it all together today. We will go back to practice and continue to try and get better, work on execution and prepare for next week.

(Because it was a tie for 1st and 2nd Place, we'll just list the names of the 2nd Place winners for this week)

Congratulations to all of them! Here is the (updated) "Table of Winners: 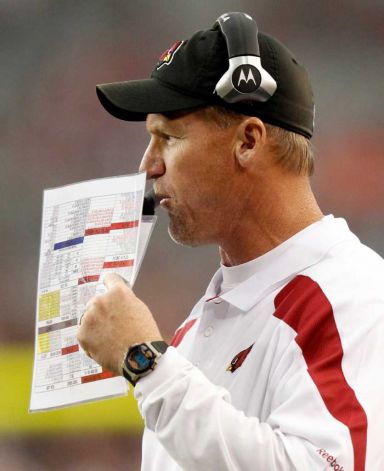