One more Sunday, one more round of Caption This!. This week, there was a tie for 1st, and a change in who's #1 overall in the competition.

(And on a side note, happy April Fools!)

Caption - NFL News: William Gay has later been fined for this hit by Roger Goodell for public indecency.

Gay is appealing this fine, stating that his last name may have had an unfair influence over Goodell's decision.

Steve: Quit talking about my breasts.

Congratulations to both of them! And now, here is the (updated) Table of Winners: 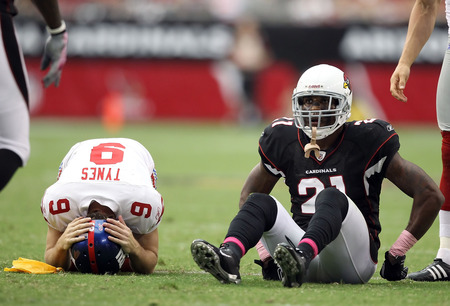