It's Sunday, which means two things: The Draft is over for this year, and another round of Caption This! is here. Last round's winner barely edged out the rest of the competition with one vote, while there was yet another tie for 2nd Place.

Caption - Warner: You've got to ask yourself one question: Do I feel lucky? Well, do ya, punk?

Runner-up: (Since there was a four-way tie for 2nd Place, only the names of the runner-ups will be listed this week)

Congratulations to all of them! And now, here is the (updated) Table of Winners: 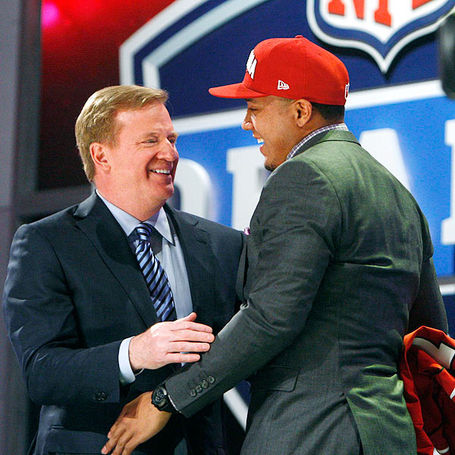