One more Sunday, one more round of Caption This!. Last week's round saw a new person break the group of "Weekly Winners", blowing his competition out of the water.

Hit the jump to see the winner and runner-up, their captions, the rules to Caption This!, this week's picture, and of course, the "Table of Winners".

"Hey, this is way easier than catching balls from our CB's," he said.

Congratulations to both of them! The (updated) Table of Winners: 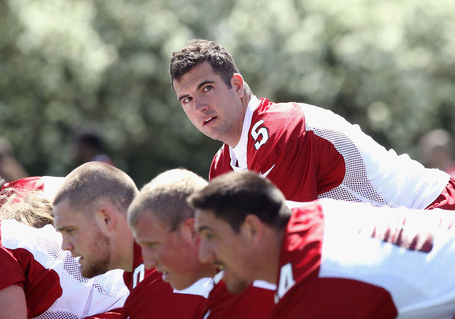