Another Sunday, another round of Caption This!. Last week saw nine different people receive at least one vote, and also saw another irregularity: No tie for 1st or 2nd Place, something that has seemed to occur a lot during this off-season's Caption This! competition.

Hit the jump for the winners, their captions, the rules to Caption This!, this week's picture, and the Table of Winners.

Caption - Frightened look in his eyes...

"If I make the team, it'll be Levi standin' right there!"

QB to lineman: "hey man, how come you only got one…"

lineman to QB: "hey…pst…dude…palm faces down!"

Lineman to QB: "yeah…and uh…I’m not the center! He’s over there."

Congratulations to both of them! The (updated) Table of Winners:

And now, this week's picture: 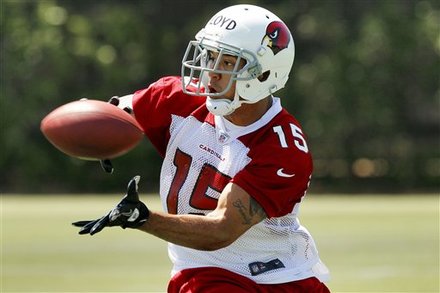