Last week's round of Caption This! saw yet another tie: This time for both 1st Place and 2nd Place. And, if this off-season's competition has proved anything, it's that ties seem to happen every week.

Caption - Floyd thinking is that really a jack and coke on the sideline or is the heat getting to me?

(Since there was a tie for 1st Place, only the names of the 2nd Place winners will be shown) 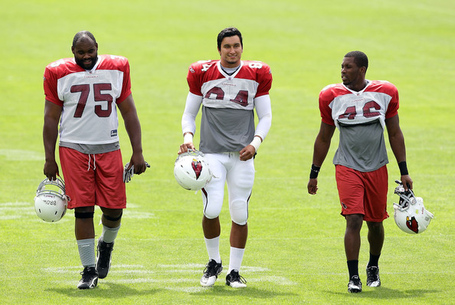