As another week comes and goes, so does another round of Caption This!. Last round saw many changes in the Table of Winners, with eight individual people collecting votes.

Hit the jump to see the winners, their captions, the rules to Caption This!, this week's picture, and the Table of Winners.

Caption - Webb: They are only keeping us around to set up these blocking dummies for the others.

Skelton: Speak for yourself, I know someone that might have some clout around here.

Runner-up: (Since there was a tie for 2nd Place, only the names of the runner-ups will be listed) 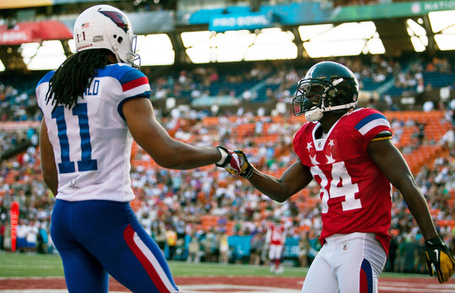