Another Sunday has come and gone, and so had another round of Caption This!. This week, three people collected votes, moving them up on the Table of Winners.

Hit the jump to see their captions, the rules to Caption This!, this week's picture, and of course, the Table of Winners.

Caption - Brown: Be my friend...Godfather?

Runner-up: (Since there was a tie for 2nd Place, only the names of the runner-ups will be shown) 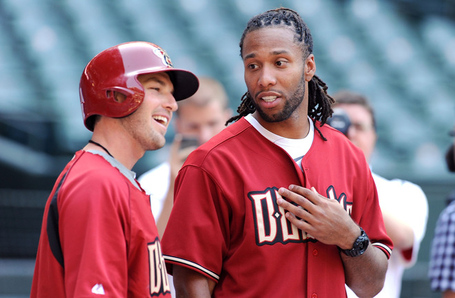