With pre-season set to kick off next Thursday for the Cardinals, this off-season's Caption This! is soon going to be over for the year.

Hit the jump to see the winners, their captions, the rules to Caption This!, this week's picture, and like always, the Table of Winners.

Caption - Fitz: This jersey is the only D-back that can cover me.

Caption - Fitzgerald: I'm telling you, you could throw the ball better than Derek Anderson.

Congratulations to the two of them! The Table of Winners: 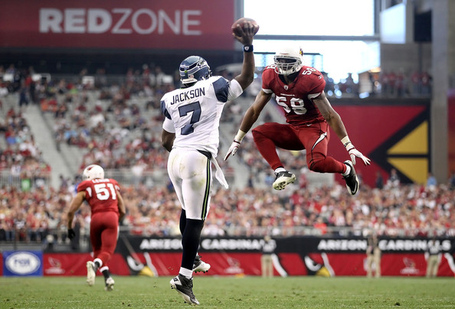