Another week has rolled by, and so has another Caption This!. This week, the winning "captioner" was able to gather enough votes to cross over the 50 mark, making him the first one to do it this off-season!

Hit the jump to see the winner and runner-ups, their captions, the rules to Caption This!, this week's picture, and like always, the Table of Winners.

Caption - Trainer: My Mama says that alligators are ornery because they got all them teeth and no toothbrush.

Larry: What the...Hey, this is some quality H2O!

Runner-up: (Since there was a three-way tie for 2nd Place, only the names of the runner-ups will be listed) 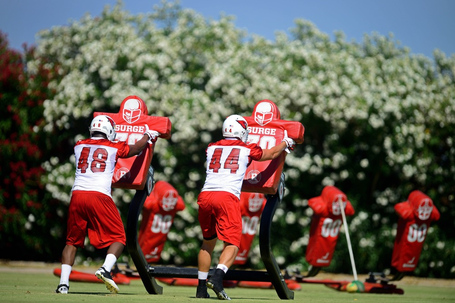