Share All sharing options for: Caption This! #28: The last round!

There's only one more pre-season game left to go, which means the regular season will soon be starting. And as Caption This! is strictly for the off-season, it means that this off-season's competition will soon come to an end.

Hit the jump for winners from the last round, their captions, the rules to Caption This!, this week's picture, and the Table of Winners. Good luck in the final round!

Caption - Jackson: What's going on? Did he just unlock some kind of secret Madden cheat mode?

Congratulations to both to both of them! The (updated) Table of Winners: 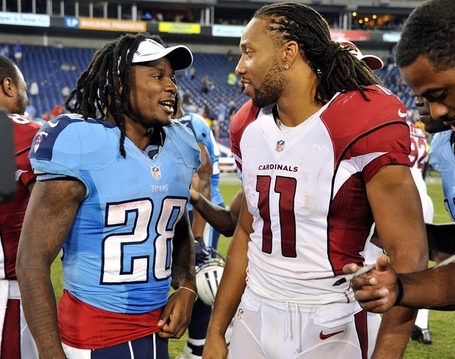