I get to say it. I was the winner of Week 6, going 12-3 straight up. Take a look at our staff pick results for Week 6. Yes, Seth is still the leader overall, but he can be caught. 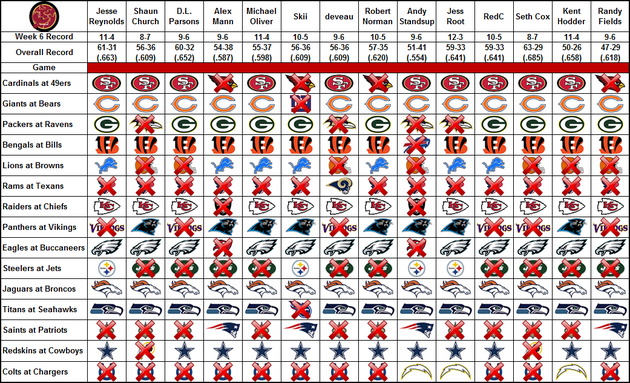 We all, except for deveau, got killed by the Rams beating the pants off of the Texans. Of course, Skii was silly enough to pick the Giants.

Now, for this week, we have a few crazy people of staff who are picking the Giants. Yes, they have to win sometime, but I don't think I'm picking them until they do win.

Here is what we have for Week 7. 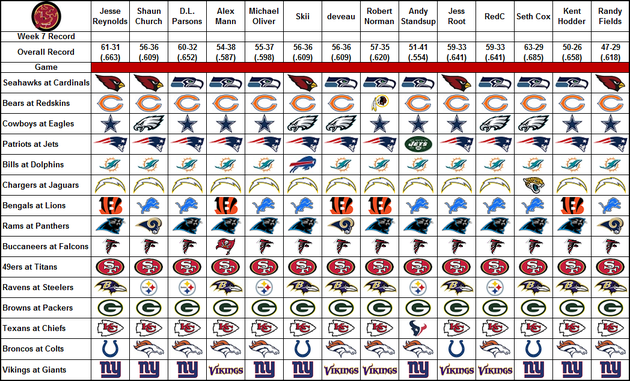 Now, could the Titans destroy our picks? Nope, don't think so. What we do have, though, are a few people like myself that believe that Denver's time unbeaten is over. Indy has already beaten the Niners and the Seahawks, so I have them with the upset win over the Broncos.

What do you think?