NFL picks, Week 5: The ROTB staff takes their shot at this week's games

The writing staff takes a shot at the week's games.

Share All sharing options for: NFL picks, Week 5: The ROTB staff takes their shot at this week's games

The ROTB staff had a very good Week 4 in picking winners. The worst record was 9-7 and 10 writers had at least 11 correct picks. The one team that sort of messed things up was the Ravens, who lost to the Bills. 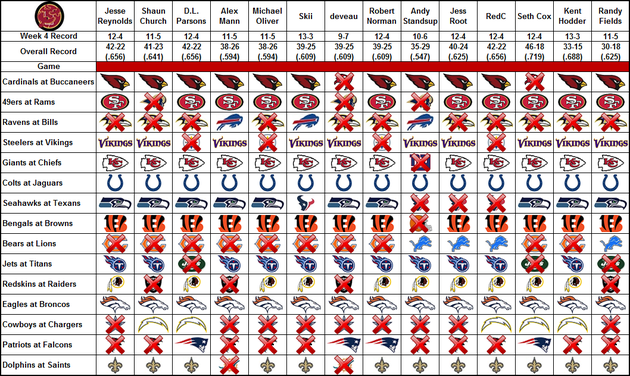 Now for this week's selections: 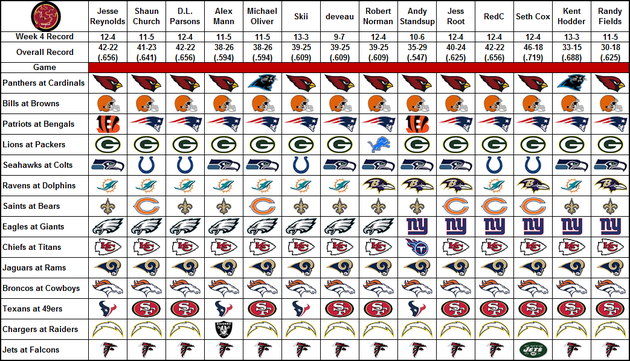 The only unanimous picks this week are the Cleveland Browns (could anyone have predicted that?), the St. Louis Rams (of course, they are playing the Jaguars) and the Denver Broncos (at some point they will lose).

Do you see Seth's pick of the Jets over the Ravens? That is one ballsy pick, or one that is just dumb.

Who do you think has the better set of picks? Who will be the Week 5 king? Week 4 has two kings in Skii and khodder.