Week 9 picks were done a few days ago. Jesse Reynolds continues to lead the pack after most had a very unimpressive week of selections.

Here are the results from last week and the corresponding leaderboard. 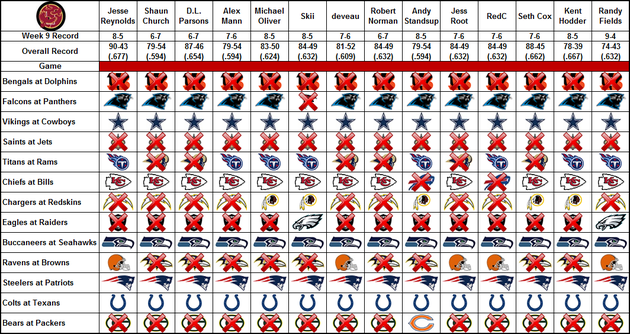 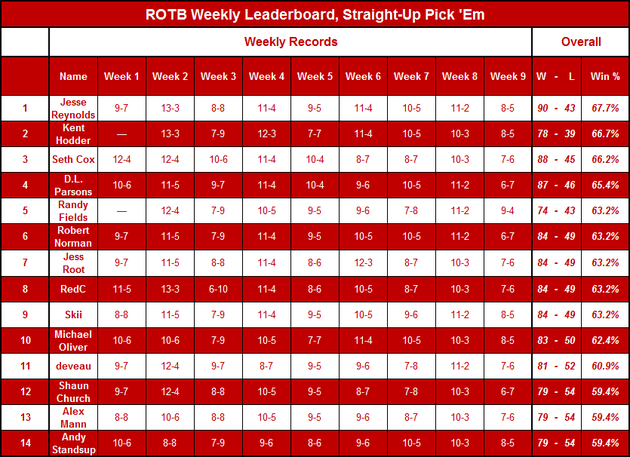 As you can see, the best anyone did was 9-4. There were also a couple of people under .500. Shameful.

Take a look at what our resident "experts" think of the coming slate of games. 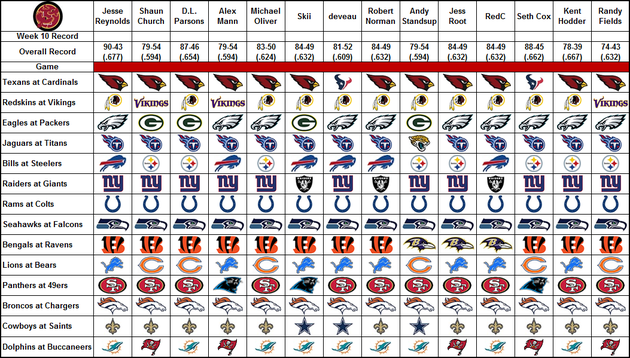 Most of us are going homer on the Cards/Texans game. Of course, Seth and deveau are holding up the hater vote. We have three unanimous picks in the Colts, Seahawks and Broncos.

Personally, I would have gone with the Bears if I had known that Jay Cutler would be cleared to play, so there is that.

Guess what? Five brave writers think that the Bucs will get their first win of the season over a Dolphins team that probably wishes it could disappear. Andy, though, goes with the ballsiest pick of all -- the Jags over the Titans.

What do you all think of the selections? Who do you have in your picks?