Andre Ellington: Perhaps the NFL's most explosive back

Big plays have been the norm for the first-year player.

Share All sharing options for: Andre Ellington: Perhaps the NFL's most explosive back

At this point in the season, Arizona Cardinals fans know that rookie running back Andre Ellington has been the star of the team's offense this season. Drafted in the sixth round this past year, he is perhaps the gem of the draft. He is used by Bruce Arians as both a running back and a receiver and has been impactful at both positions.

After a Week 15 performance of 158 combined yards rushing and receiving, quarterback Carson Palmer commented that Ellington, with a little work in the offseason, is talented enough to be a number two receiver on any team in the league.

However, while he is used in multiple positions, you cannot deny the impact he has in the running game. He could be the league's most explosive back period.

Thanks to some research from our own Shaun Church, we can see just how explosive and impactful he has been in the running game. He is a big play machine.

Look at the following charts. 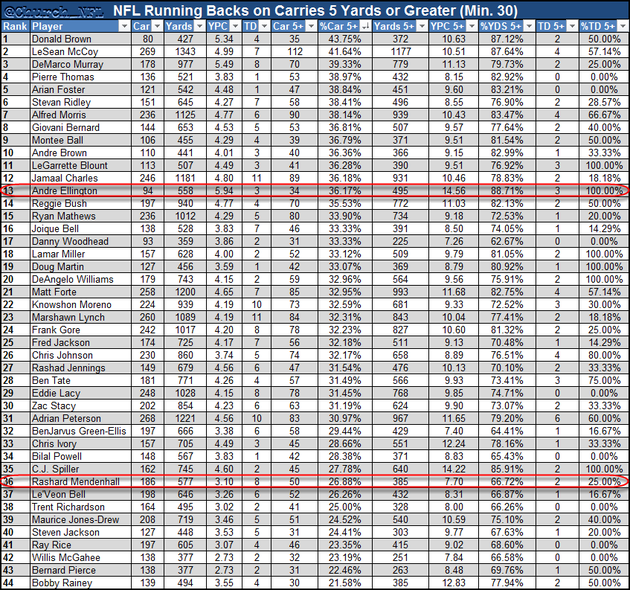 However, where Ellington shines is in even bigger plays. 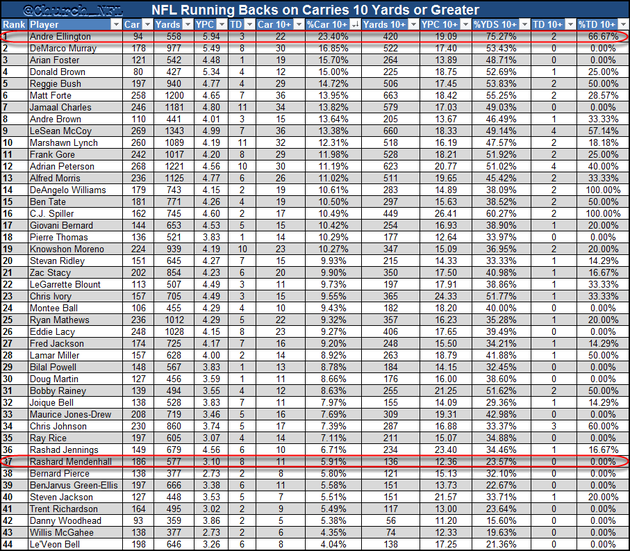 Ellington, when he carries the ball in the running game, goes for at least 10 yards almost one in every four carries. That is far and away the most.

That is a testament to his talent, but it also says a lot about how the team uses him. Clearly, he would not put up those kind of numbers if he were to get 20-25 carries a game. That just isn't sustainable. However, the Cardinals have been masterful at giving him the ball in situations where he can make big plays.

If he can continue to have this sort of impact on offense, Cardinals fans are going to have a lot to cheer for over the next several years.