NFL picks, Week 17: ROTB staff predict the winners of the final week of the regular season

Who will end up the regular season champ?

Share All sharing options for: NFL picks, Week 17: ROTB staff predict the winners of the final week of the regular season

We come to the final week of the regular season in our weekly staff picks. We will continue on through the playoffs, so it will still be possible for staff writers to catch up with the top of the leaderboard -- Jesse and I are still tied at the top.

After Week 16, here are how things turned out. 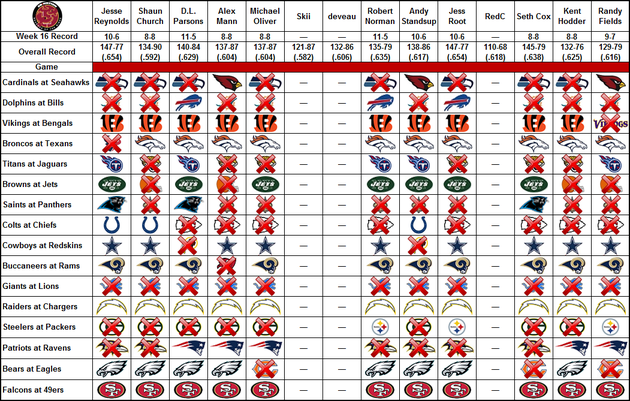 As you can see, the homers got the Cardinals game right. The Lions let us down and so did the Saints (in more way than one. Then the Falcons...oh, those stupid Falcons. Not a single writer believed it would happen that the Falcons would win, but we all are disappointed in the result, even if we did get the pick right.

Here is where the leaderboard stands: 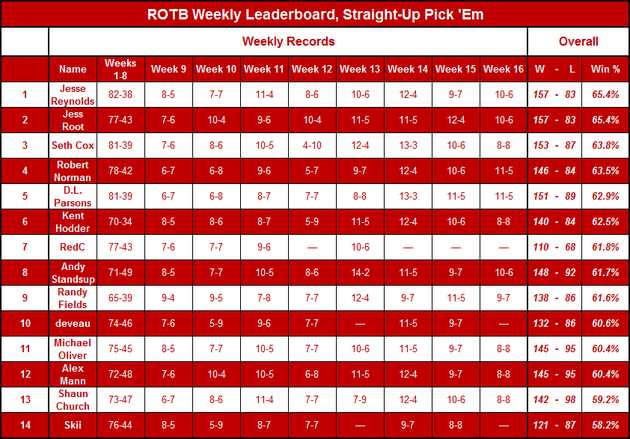 Now let's take a look at the picks for the final week of the regular season. 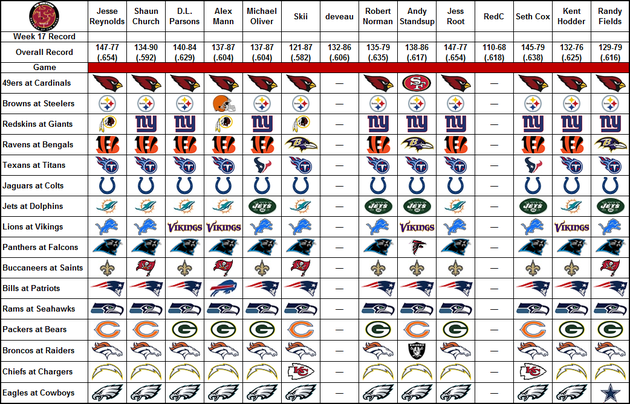 Once again, there is a lot of agreement as to how things will play out. The two leaders -- Jesse and I -- only have two picks that differ.

The staff does not trust the Cowboys, except for Randy. Of course, they have a terrible history in Week 17 clinching games and they will be without Tony Romo. Randy's picks reeks of desperation. Four believe the Bucs will give the Cardinals the miracle they need. We all hope it happens like that, but most of us view that as fruitless.

We will continue with the picks into the postseason, so there will still be movement in the leaderboard.

What do you think of the staff's picks? Who do you have winning in Week 17?